Get up to 5X higher profits than manual trading, signals or other trading systems.
Unlock the potential of the markets with Galileo FX, the fully automated and ready-to-use trading system with the best-rated customer service. Choose your preferred risk style and start making profits. Get instant access with one simple payment and start trading automatically now.
Choose your version
Book a 15-min appointment ›

Up to 96.46% Accuracy,
in Bull and Bear Markets
Galileo FX is an Automated Trading Software that trades with up to 96% accuracy. The strategy is based on the mean price action on the chart. Galileo FX has been backtested by bars and every tick from 10/28/2009 to 12/13/2022, returning positive results.

Install in less than 1 minute. 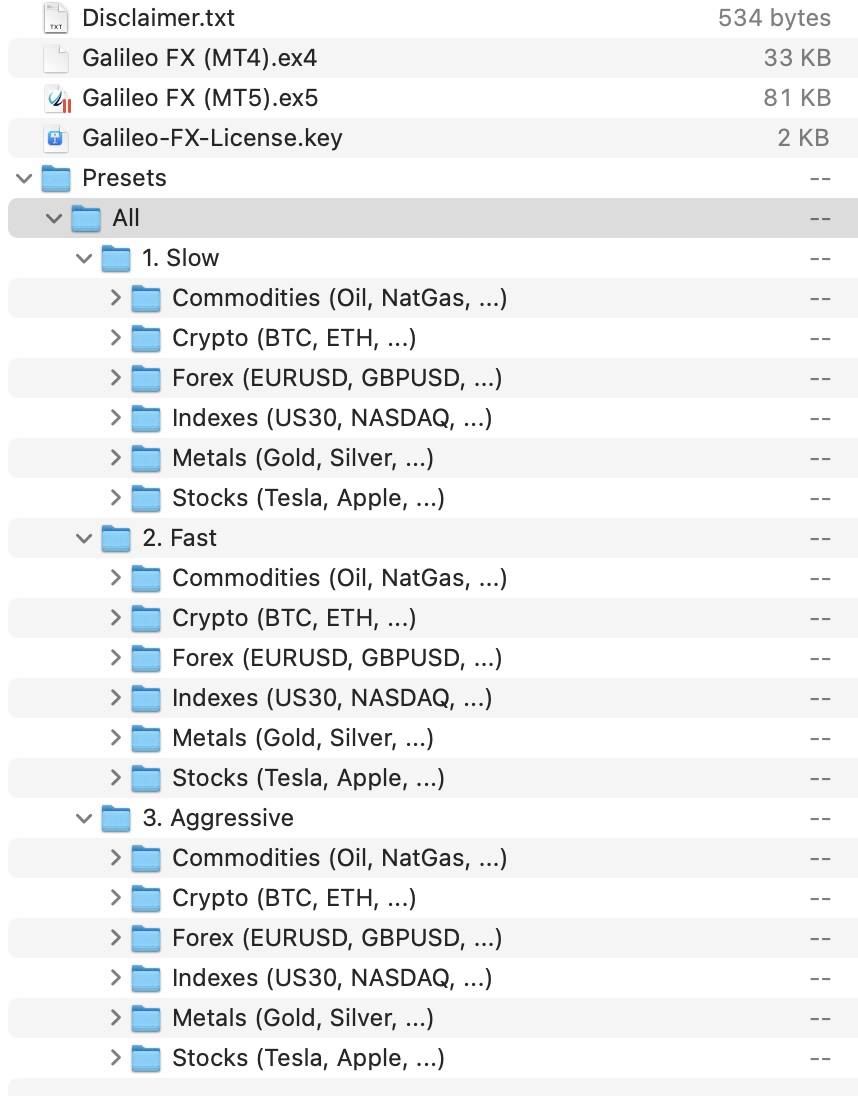 Get started in minutes.

Included in all purchases:

As a newbie trader who had never traded before, never used a bot, and knows nothing about technical analysis, I was extremely skeptical about the Galileo FX trading bot. But then I stumbled upon a glowing review and I thought, "What do I have to lose?" So I put in $100 and hit the "start" button with a mixture of excitement and fear.

And oh my gosh, what do you know? The Galileo FX trading bot made me $1378 on the first day! I mean, who knew making money could be this easy?! I was ecstatic, doing a happy dance in my living room, and texting all my friends about this incredible bot.

The best part? The Galileo FX trading bot did all the work for me! It was like having a personal robot trader that never sleeps, never gets tired, and never makes a bad decision. All I had to do was sit back, relax, and watch the profits roll in.

The user-friendly interface is a dream come true for someone like me who doesn't know a thing about trading. It's like having a GPS for the stock market - it tells you exactly where to go and what to do. And the support team? They're like superheroes in disguise, always ready to save the day with their quick and helpful responses.

Overall, I am over the moon with my experience with the Galileo FX trading bot. It has exceeded my wildest expectations and I couldn't be happier with the results. I highly recommend this bot to any new traders out there who want to make money while they sleep. Just don't be surprised if you end up doing a happy dance like me too!

So there you have it folks, a newbie trader who made a killing with the Galileo FX trading bot. I mean, who says you need to have years of experience and a PhD in technical analysis to make money in the stock market? With this bot, anyone can be a trading pro. So why wait? Give it a try and see for yourself! 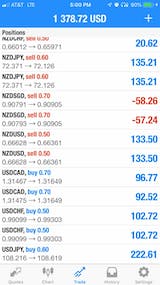 Trading had always been an interest of mine, but I was hesitant to invest my own money until recently. I started small, with only a few hundred dollars to my name, determined to make informed decisions and turn a profit.

That's when I discovered the Galileo FX Trading Bot. I was wary of trading bots, but the glowing reviews and positive results caught my eye. I decided to give it a try and invested my initial few hundred dollars into the bot.

At first, I was skeptical and second-guessed my decision. But after just two weeks, I was pleasantly surprised to see that my investment had grown. This motivated me to continue using the bot and I eventually invested more money into it.

As I continued to use the bot, I faced some challenges along the way. There were times when the bot's predictions were off, causing me to incur losses. However, I didn't give up. Instead, I learned from these experiences and adapted my strategies accordingly.

Fast forward a year, and I had invested a significant amount of money into the Galileo FX Trading Bot. My investment had grown substantially and I was amazed at the results.

This experience taught me several important lessons. First, I learned the importance of patience and perseverance. Second, I learned that trading was not just about making quick profits, but about making informed decisions and adapting to changing market conditions. Finally, I learned that with the right tools, anyone can achieve success in the market.

These first 14 days are positive with excellent results!!!

It was difficult to install the way that I purchased it. I was not aware they had a guide. My mistake. It works great now that it is installed properly.

I’ve tried a few bots in the past, including grid, arbitrage and martingale bots. This is the best bot by far. I’ve been letting trade my account on autopilot for few days and it has a already produced $4,587 in profits with a starting capital of $500.

It’s working lovely. Now I wish this was a live account smashed it today…
Gonna keep testing and find out what works best for me. If I can’t watch it I won’t turn it on… 👌 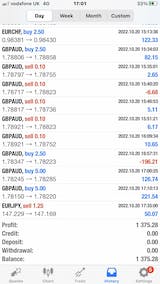 I literally freaked out at how easy it is to make profits, Galileo FX makes me feel lighthearted and clever! I let it trade 24 hours a day but check it from my phone to stay updated. Now I have made $255,000 and I am finally living the life a man in his early 30s deserves!

I didn’t believe the commercials that said Galileo FX works like a profit machine without manual trading, until I tried it for myself! I made 350% on the first day, I found it impossible to trade manually again.

Thank you for seeking my opinion.  I have found too many times that people don’t ask questions they have no interest in
knowing the answers to.  My experience with Galileo FX has been great.  It took me a while to decide to make this purchase
but I am glad I did.

First and foremost, Russel, in the chat room, has been super.  He answered all my questions without running out of patience.
I realize that is his job but he excels just the same.  Next there is Chris who installed my software this past Tuesday.  I want to
thank your team members for making this software purchase great.

I want to suggest you provide a user manual for beginners.  If there is one I am not aware of it.  I have some additional questions
and I will direct these to your support team.

Thank you again for your great Customer Support.

f
Galileo FX Trading Robot f.mba
Thank you so much.

I really love all that I saw. I just finished signing up. Thank you guys for showing up in my life.

My account lost $5000 since the beginning of this year. THE BEAR MARKET WAS LITERALLY KILLING MY ACCOUNT! And the bots I've used were even worse. Galileo FX Pro stopped my losses, increased my profits and all without any technical analysis. As far as I'm concerned, it is the most profitable trading bot.

Great bot! I already earned 1352$ and it just keeps coming. I can’t wait to earn more with the app.

I used Galileo FX Pro since they first came out. And honestly, I have never had anything that has helped me more. Now my profits are higher than my losses! It took about a week for it to fully kick in, but I have never looked back, best thing I have ever done for myself.

I've tried copy trading, signals and bots...and this is hands down the BEST! I have wiped out accounts, had huge losses, and trouble concentrating with technical analysis, this helps immensely! Also the easiest trading software I have ever tried.

I just got Galileo FX Pro and it's already made $810 in the first few minutes! This is amazing!

At the beginning I didn't know how to use this bot. Their support connected to my PC and fixed the issue. This was a great start. Now the bot has been trading for few days and the profit is growing.

Just 6 months ago, I didn’t understand anything about trading, charts or indicators. I was even scammed twice and lost $3,400. I was tired of searching for new bots, platforms, signals, courses. A friend of mine recommended Galileo FX. I have good success with it. If you’re a new investor and want a new income stream, I recommend this bot. A special thank you to the Galileo FX team for guiding me to automated passive profits. If I made it, you can too.

My first withdrawal... I'm still a beginner... But after so many losing months...for me it's sooo important :) $350 profit on 1 pair completely on autopilot with GalileoFX

a
Galileo FX Trading Robot adel
The best on the...

The best on the market. I already recommended GalileoFX to 3 friends

Super profitable week having all the accounts that I handle profiting over 5%.

$302.46 profit this week (+31%) ;) Pretty slow week overall.. I was just breaking even on Wednesday but decided to continue running the software til late Thursday night. Pretty happy with the 31% profit...

All the contents of this site are for educational purposes only. The author provides information and tools that do not in any way constitute investment solicitation or operational advice on financial instruments. Whoever operates on the financial markets does so in complete autonomy and under their own complete responsibility, therefore the author of this site and his collaborators decline any responsibility regarding any operational investment decisions by the reader. Past or future economic performance results shown on this site are examples only and do not guarantee future results. Trading involves a high degree of risk and can result in the loss of large sums of money, even of the entire paid-up capital.
Galileo FX system is a proprietary product offered by Orion Software Development Srl – Copyright 2022 – All rights reserved
Privacy Policy
Terms of Use

It is important to note that trading carries the potential for high profits as well as losses. Don't be discouraged by any risks associated with trading real money, but always be aware of them. We recommend starting out with our robot in Simulation Mode and switching to Live Mode once you start seeing consistent performance. Markets can be unpredictable and no-one can guarantee specific returns. Be wary of any trading products or services claiming to be 'risk-free'. Before trading manually or with our robot, or engaging in any other investment activity, consider your investment goals, objectives, experience, and personal risk appetite. Our trading robot has strong loss protection mechanisms in place (Stop Loss, Max Orders, Consecutive Signals, Trailing Stop, etc.), but it’s important to be aware that you could still potentially lose some or even all of your initial balance. For this reason, trading in Live Mode should only be done with risk capital. Risk capital is defined as funds that are not essential to your survival or wellbeing. We are not broker-dealers and do not collect your trading capital, nor do we require you to use specific brokers with our trading robot. Although there are over 400 brokers that support MetaTrader and our robot, we recommend only choosing regulated and reliable broker-dealers. If you have any questions or concerns, consider seeking advice from an independent financial advisor. By using our trading robot, information, and services, you agree to absolve Galileo FX and all those involved in the production, development, and distribution of the Galileo FX trading robot from any liability.